This blog post was written by one of our dedicated volunteers, Skyler Schulze. Skyler has been volunteering with Giving Children Hope for several months and was a huge asset to our Christmas program.

The spirit of the season was very much alive for Christmas at Giving Children Hope. It’s through the immense generosity of our community that the magic of Christmas lives, not only in the eyes of the children and their families in the We’ve Got Your Back program, but also in the hundreds of people who made it happen—the donors, the wish list sponsors, the wrapping volunteers, the individuals who delivered the gifts, and those who logistically planned it all.

I had the privilege of being a volunteer at a handful of the 15 wrapping parties that took place this year at Giving Children Hope, and witnessed the impact that being a part of such events has on those involved. Volunteers knew that the gifts they were wrapping may be the only ones the children would have Christmas morning, and this knowledge provided many with a renewed appreciation not only for what they already have but also for the importance of their involvement in this event and making it the best possible Christmas they could for the families they were doing it for.

Many volunteers found themselves moved to sponsor families’ wish lists to ensure that those children know that they matter, that they are seen, and that they are important. One volunteer insisted on returning after she purchased gifts, while another with tears in his eyes, immediately called his daughter and asked her to pick out gifts for two girls so that he could spoil them as if they were his own daughters.

Participation in these wrapping parties goes far beyond the physical act and touches all involved in the best of ways. It was a blessing to see the outpouring of generosity and selflessness, the care with which people chose and wrapped gifts and the thoughtfulness that went into doing everything they could to make Christmas amazing for the kids, putting them first every step of the way. 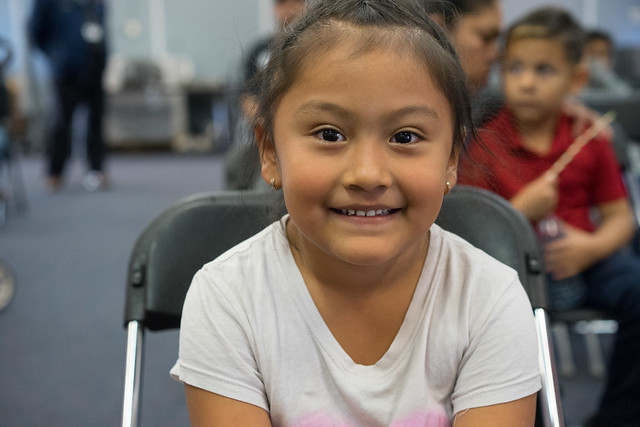 For me personally, it was a truly humbling experience not only helping to wrap gifts, but to also see the impact that everyone’s giving and volunteering had on all those involved. Having the honor of handing out presents to the children is still beyond words for me. The unbridled smiles on their faces were pure joy and the squeals of excitement, shy handshakes, and tight hugs, only proved as reminders that giving to others and helping to preserve the innocence of children during this season especially, but also throughout the year is what matters. 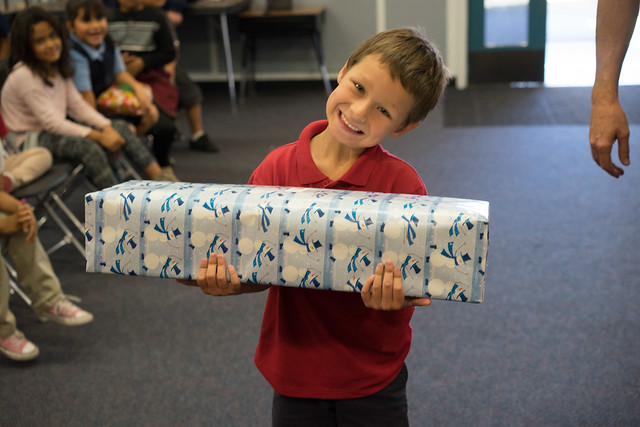 The spirit of Christmas is alive and thriving. Giving Children Hope and the people who help provide for the families, give so much more than material goods. They also foster not only a strong sense of community and support but restore a faith in humanity and a hope for all for a better, brighter future.

Many thanks and endless appreciation to all, for your support and care in helping to provide Christmas for these families. 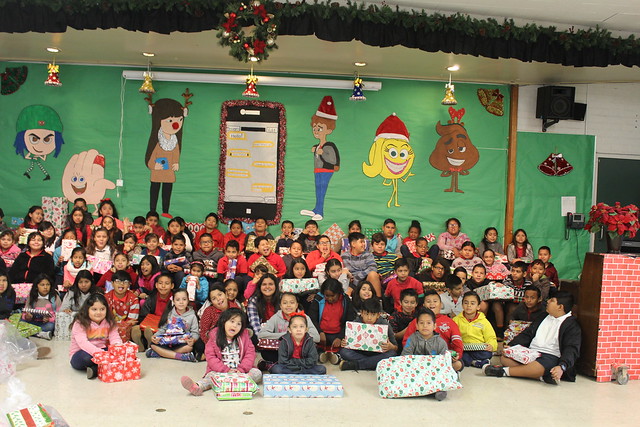 Previous StoryLetter from our Executive Director: Reflecting on 2017
Next StoryLoving our neighbors as ourselves in 2018